Get our latest news

In the run-up to the global financial crisis, commercial property values and leverage soared, leading to a wave of delinquencies starting in 2008. Today property values and loan proceeds—especially for multifamily—are once again soaring. Are we headed for another meltdown?

Market players don’t seem to think so. Debt industry professionals at last week’s CRE Finance Council conference in Miami were almost unanimously optimistic about the prospects for commercial real estate in 2022. Worries about pricing and leverage were generally shrugged off.

“Inflation is not going away any time soon. Commercial real estate investment has always been an attractive vehicle to counter inflation’s drag on macro investment valuations,” said Lisa Pendergast, CREFC executive director. “Continued sound underwriting, and reasonable leverage are supportive of the sector’s ability to provide an inflation hedge.”

Is it different this time around? While there are some parallels to what has happened in past cycles, there are also important differences that support the more optimistic outlook, starting with record high demand and rent growth for multifamily.

Price per unit does not correspond exactly to acquisition yields, but cap rates have steadily edged downward. Multifamily properties in gateway and secondary markets now routinely trade with 3-4 percent acquisition yields, while the average cap rate nationally is below 5 percent. The increase in transaction volume and pricing is driven by extraordinary liquidity in capital markets, both equity and debt. If that sounds like 2006-07, it’s because the periods are same in that regard.

Many of the concerns about what could happen in the next few years are related to the fact that pricing is extraordinarily tight at a time when interest rates are almost certain to rise. With the consumer price index rising 7 percent in 2021, its highest rate since 1982, the Federal Reserve has announced steps to cool growth that include a winding down of its $9 trillion balance sheet and an increase in policy rates.

Analysts expect the Fed to raise rates at least three times in 2022. The Fed’s benchmark overnight borrowing rate is in a range between 0 percent and 0.25 percent, and over the course of the year it might increase by 75 to 100 basis points. The 10-year Treasury rate, the benchmark off which fixed-rate commercial mortgages are priced, has risen to about 1.75 percent as of mid-January and would likely rise as the Fed raises rates.

Rising rates could push debt coupons higher and increase the cost of capital for commercial real estate investors. It would also complicate the refinancing of current loans that have coupons in the 3-percent range if rates are much higher when those loans mature. If loan rates are higher in future years, and property income disappoints, lenders might not be willing to provide as much debt, which would create refinancing issues for property owners.

Another potential problem with higher rates is that it could push acquisition yields higher. The premium between the 10-year Treasury yield and CRE cap rates historically averages more than 300 basis points, although it varies depending on market conditions. There is so much demand for commercial properties—particularly multifamily, industrial and some specialty types such as data centers and self storage—that investors might be willing to shave return requirements and keep cap rates relatively constant. However, it would be difficult to keep cap rates constant if the 10-year Treasury yield increases by 75-100 basis points.

“Unless rates jump significantly, (rising rates) won’t have a large impact,” said a CREFC panelist. “The difference today is there is so much liquidity in the market.”

There are other headwinds as well. Multifamily operators face increases in expenses from higher taxes, rising labor costs, compliance with Covid-era cleaning standards and environmental compliance, and increasing regulatory standards. Meanwhile, rent control remains limited to a handful of big states, but as rents rise well beyond historical levels, the movement to pass rent control is growing in some states.

Industry players remain largely optimistic in the face of the potential pitfalls. Maybe the biggest reason is the sector’s fundamentals performance. Rent growth for multifamily, industrial and self storage properties was at decades-long highs in 2021, and forecasts call for more strong growth in 2022. Hotel revenues are rebounding due to pent-up demand, and office and retail properties have been stable. Few retail and office properties have suffered big hits to revenue because of Covid-19.

Multifamily asking rents rose 13.5 percent nationally in 2021, according to Yardi Matrix. Scott Waynebern, president of multifamily lending firm Limekiln Real Estate Investment Management, said that investors are prepared to accept lower returns for multifamily because it is stable. “Rent growth is incredible,” he said. “There’s no pushback in almost any market right now. Plus, rent is the largest component of the CPI (consumer price index), so it tends to have a strong correlation with interest rates.”

In the 2005-07 cycle, lenders upsized loans based on projected increases in revenue, which never materialized. That became a problem when loans matured and could not be refinanced at the same level of proceeds. The market is betting that today’s tight pricing can be supported by increasing property revenues. With strong consumer demand, healthy household balance sheets coming out of the pandemic, a long-term undersupply of multifamily and rising home prices making homeownership less affordable, that’s a reasonable bet.

Commercial real estate has also demonstrated its value as a hedge against inflation in recent decades. Inflation is a good bet to continue at above-trend levels, given the labor shortage that has pushed wages up, consumer demand for products while the supply chain is slow, and rising housing costs. Property owners can pass along increased expenses by raising rent, while property values tend to rise during inflationary periods.

The reputation as an inflation hedge helps create some of the massive liquidity. “Where else do you want to put your money?” said one industry executive. 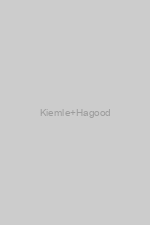